To celebrate the 32nd edition of GiovedìScienza, the  Association CentroScienza is organising the 7th edition of the GiovedìScienza Prize  for researchers under 35 from Italy. The Prize was first established  in 2011 to encourage commitment and draw attention  to the best in science communication and popularization. Ever since the very first edition it proved to be the showcase of  the scientific-technological excellence in the land. For all participants it is an opportunity to popularize the results of their research projects: their scientific worth gets them into the 10 finalist  to be shortlisted: the final competition is a match based on images and words.

Since 2016 the Prize looks at the business and manufacturing world with the Premio GiovedìScienza Futuro: the aim is to encourage dialogue and interaction between the scientific world, the economic fabric and the ecosystem of innovation, awarding the prize to the best feasibility study.

In 2017 Elena Benaduce Prize was established, for research projects focussing on people and the quality of life.

As the prize evolves keeping abreast of ongoing evolution and with the current socio-economic context, the 2018 edition will introduce a new award: Premio Industria 4.0  for projects developed in industru and manufacturing.

Winners have both cash prizes and the opportunity to speak about their science to the GiovedìScienza audience during an ad hoc event. 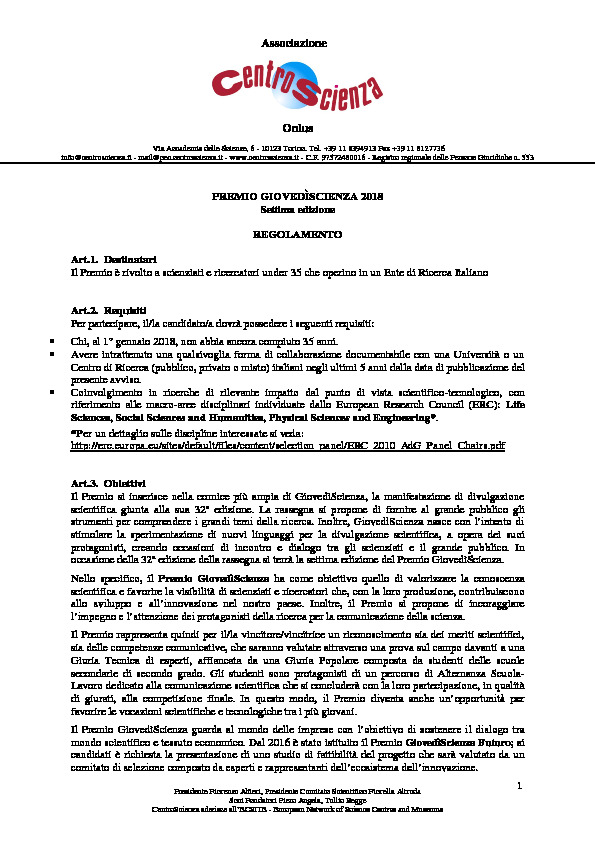 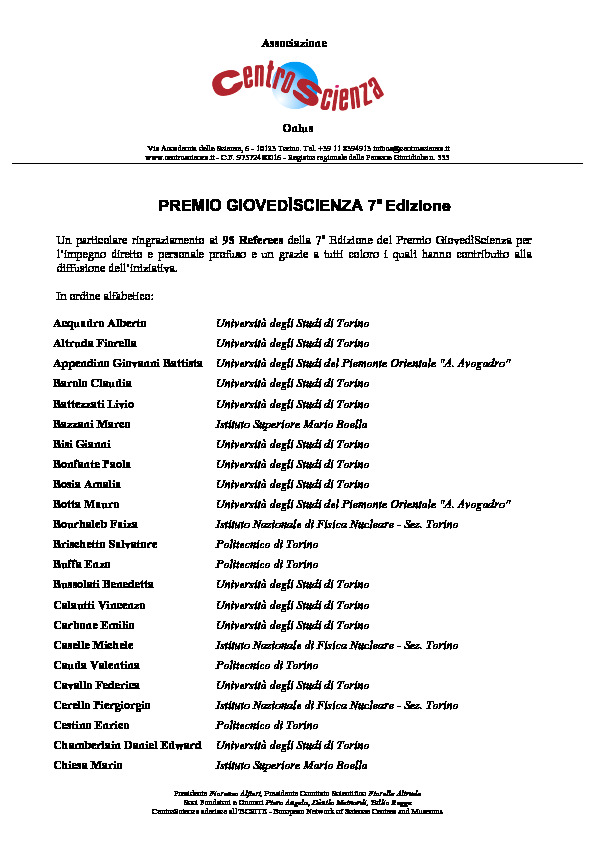 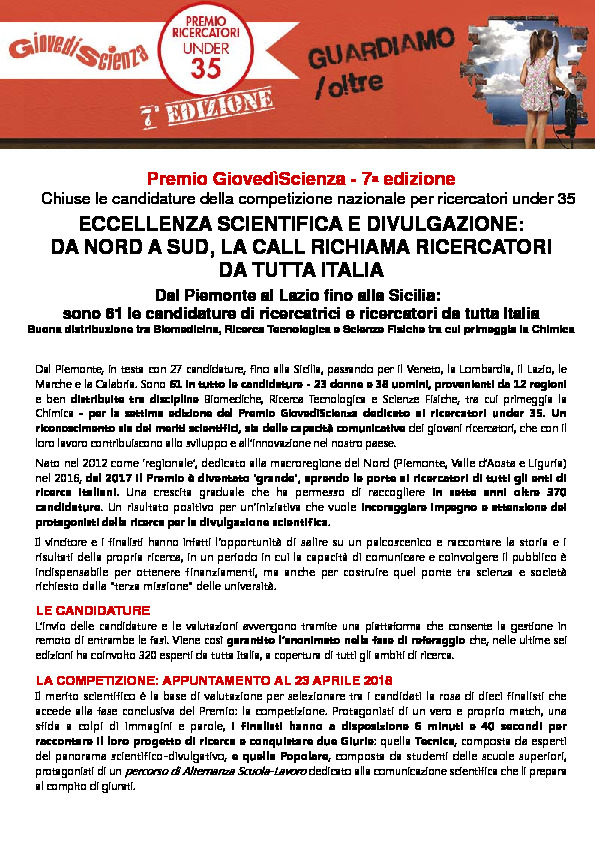